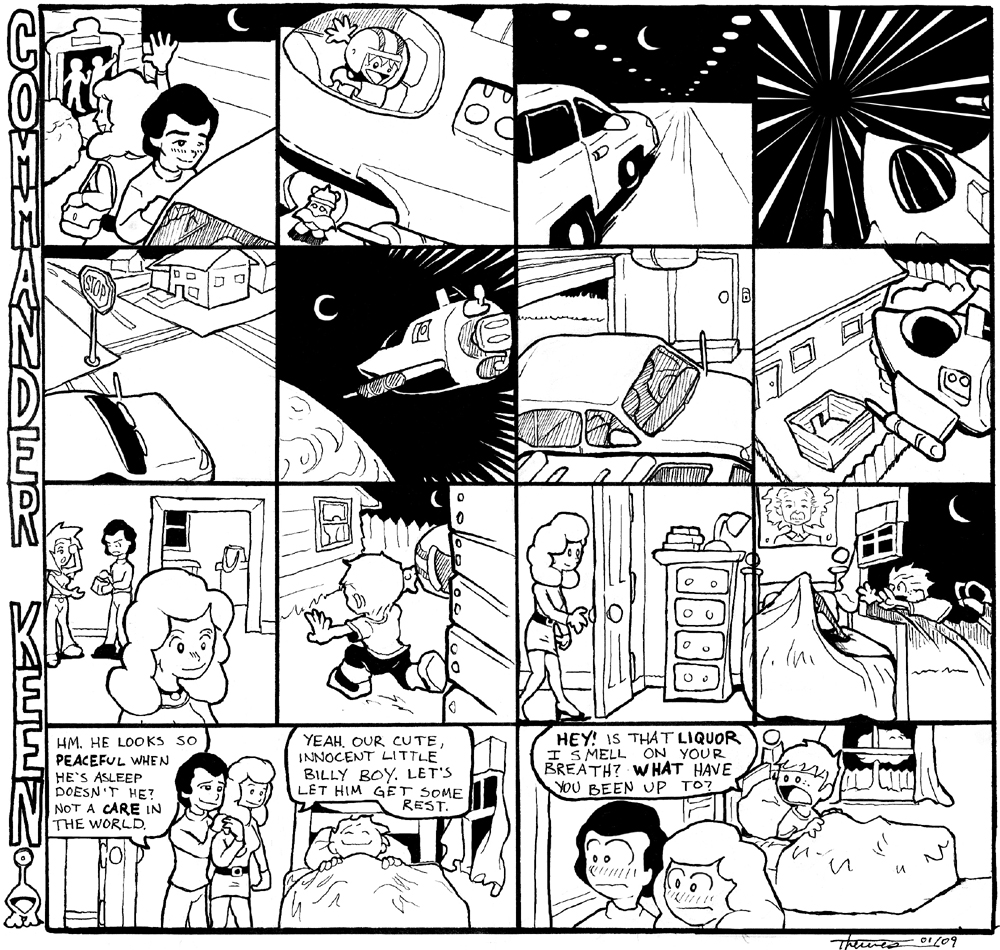 I’m not sure what I think about this one. It’s certainly not as cool-looking as it could have been. That’s because I used 8.5×11 paper instead of the 11×17 paper I’d used for my last “Sunday” strip. The logic behind working on the smaller paper made sense to me at the time, but now I regret it since the artwork (not to mention the lettering) suffered.

Plus, I accidentally messed up the dimensions of the strip itself. I made this one 1000×950 instead of my standard 1000×720. In the end, I guess it worked out better that way since I had so many panels, but even so, I prefer to stick to a standard.

Well, whatever. I’m not sure if the joke works here, or if the art is comprehensible. Let me know.