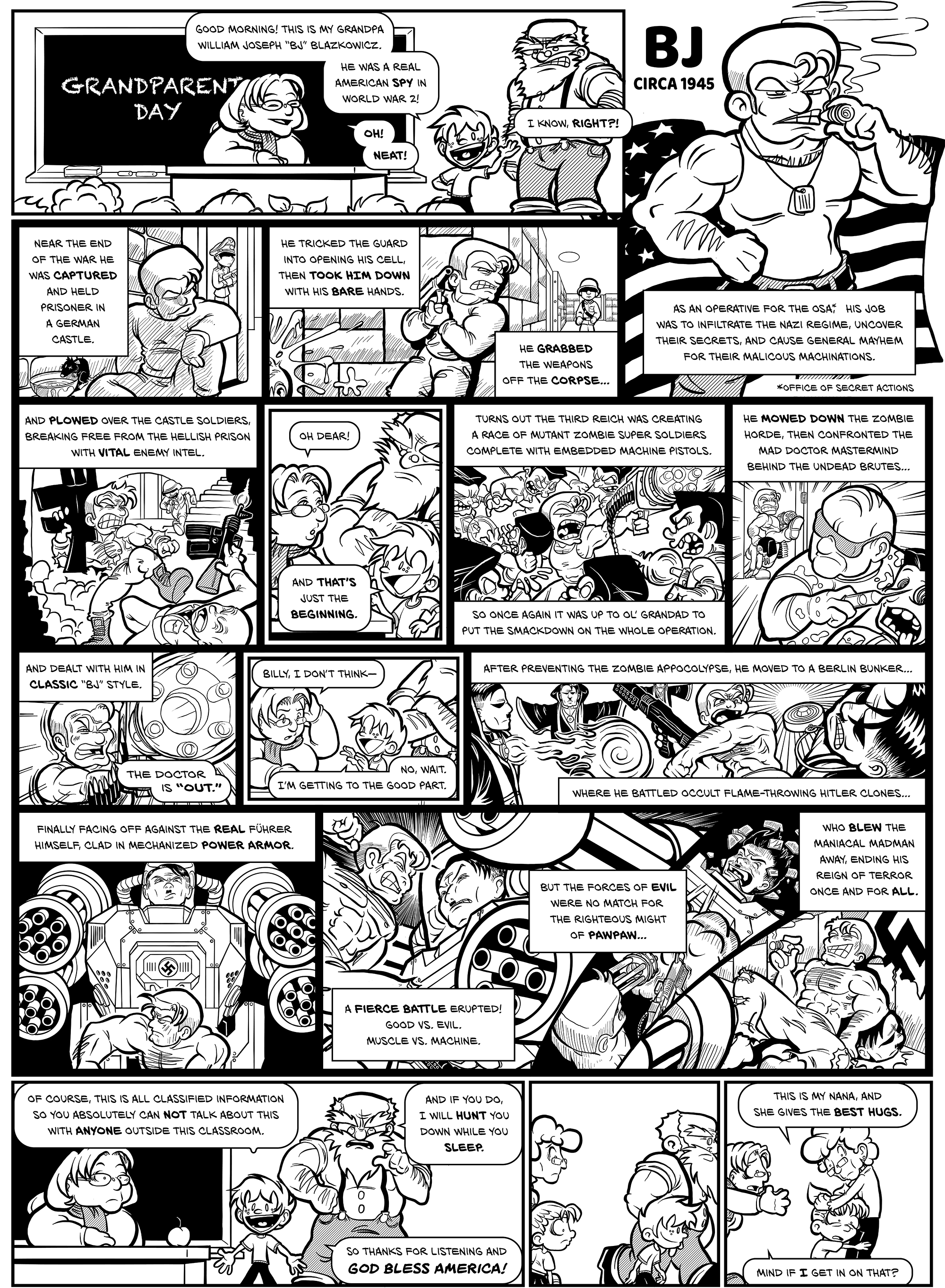 Aaaaaaaand we’re back. Again. So…Yeah…What’s up? I know it’s been like five years since I posted anything here, but let’s not make it awkward. The good news — from my perspective anyway — is I am planning on getting into Commander Keen again. I’m actually not sure how regular the posts will be yet, but I’ll be notifying my Twitter account, on the PCKF, and DeviantArt so you can check there for updates. Also, I’ve started a Web Toons version where everything is converted to vertical format, because that’s how all the cool kids consume their comics these days apparently. So there’s that.

As for this comic specifically…for those not up on their Keen lore, BJ Blazkowicz is the main character from the Wolfenstein game series, and officially he is Keen’s grandfather. So I’m not just making this stuff up, other than the stuff I am making up. Let me know what you think, and feel free to flame me for any Wolfenstein minutia that I may have missed or just flat-out got wrong.

That’s it for now. Hope to be posting again soon.

Next update: Sometime soon probably. At least not never.