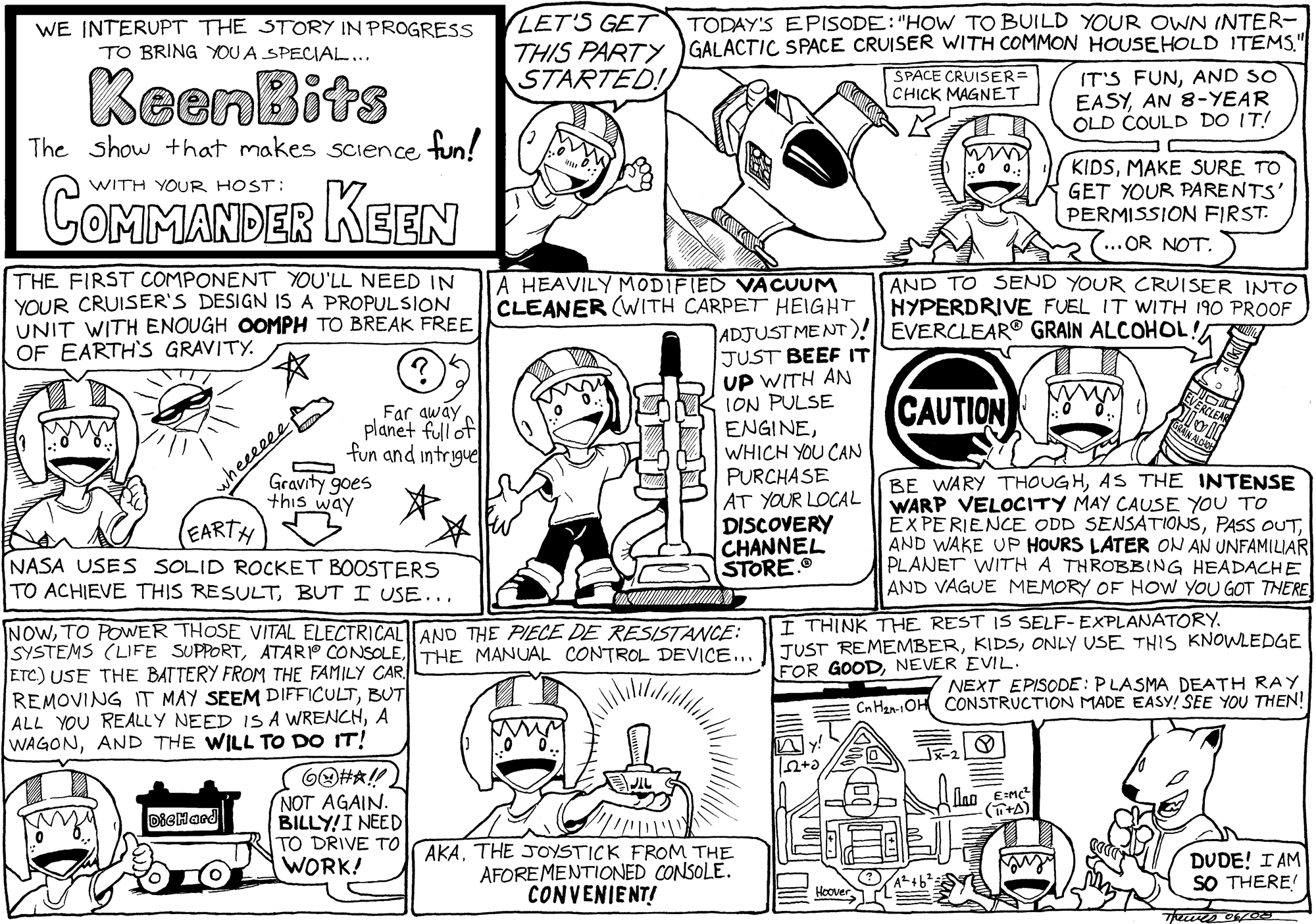 The Bean-with-Bacon Megarocket was constructed from objects around the house that you have “modified” into starship parts:

“KeenBits” is an obscure reference to an old kids’ science show that aired on Saturday mornings back in the ’80’s — but only around the Detroit, MI area — called “KidBits”.. It was something like “Bill Nye the Science Guy” only with less personality and much less budget. When trying to come up with a name for this Keen segment, that show popped into my head… So that’s where I got the title from.