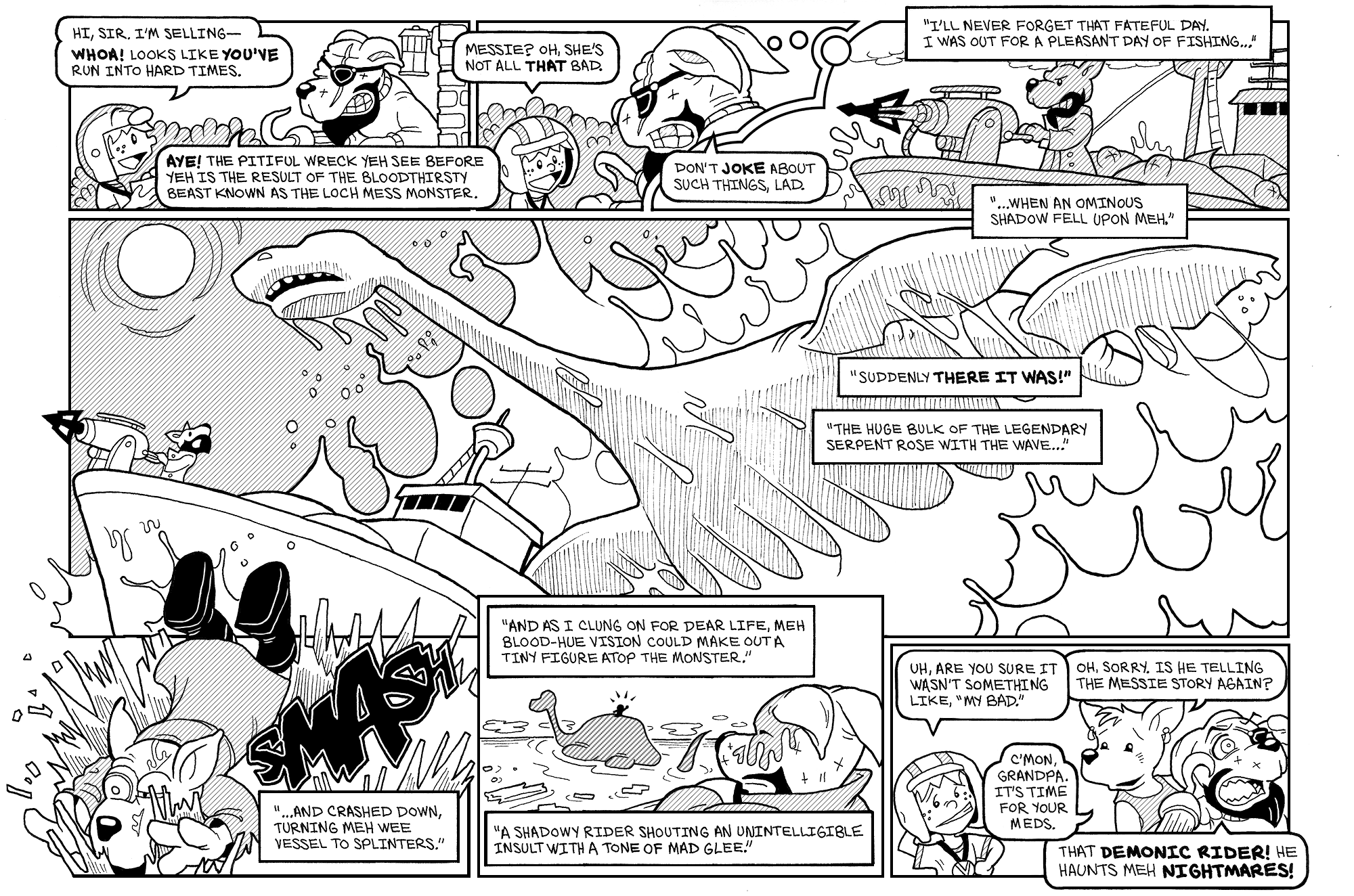 So for those not familiar with the game, or if you just forgot, Messie is from the third Keen game — aka “Keen Must Die!” According to the Commander Keen Wiki “Messie is a creature living in the vast seas of Vorticon VI. Messie is harmless to Keen and will in fact carry him on its back around the seas.”

Now, I’m not sure what this sailor dude was doing out at sea since the flashback presumably took place during the Vorticon enslavement. Although, I suppose aliens gotta eat, even when engaging in an evil overlord’s bidding. Actually, I originally wanted to have him harpooning dopefish before I remembered that would be the wrong planet. Ah well. I’m sure I’ll tackle the subject of dopefish sooner or later.

Now, at this point you might think I’ve wrapped up the whole “Commander Keen: Cookie Salesman” series, but NOT SO! In fact, the next strip will be when the REAL story begins…at least as far as I’m concerned. So you’ve got that to look forward to. At least TRY to carry on with you life in the meantime.